Home / Car Insurance / How to Insure a Young Driver

How to Insure a Young Driver

Congratulations! Your child has just passed their driving test. 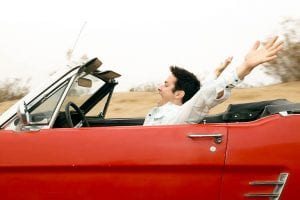 Now that they will want to drive and gain experience, you’ll need to ask to have your new driver added to your car insurance policy.

It shouldn’t come as a surprise that young and new drivers are expensive to insure. Compared to those for older and experienced drivers, insurance rates for young drivers can double and in some cases can even triple.

What is the definition of a young driver (Nahag Tza’ir)?

A driver under the age of 24 is considered a young driver by the insurance companies.
Within this young driver category, there are different age brackets which may vary from company to company. Generally, the most expensive age bracket is from 16 years and 9 months until age 21. Between the ages of 21 to 24, the premiums reduce slightly, before becoming more palatable at age 24.

What is the definition of a new driver (Nahag Chadash)?

A driver is considered a new driver by the licensing authority (Misrad haRishu’i) for the first 24 months after passing the driving test.

What are the solutions for insuring a young driver?

1. Pay the full cost to add a young driver to your regular comprehensive car insurance policy without any limitations. It is important to be aware that this option is usually the most expensive.

3. Currently, the Phoenix Insurance Company offers a unique policy specifically for young drivers called ‘Phoenix Tza’ir’. As a cheaper solution for insuring young drivers who may drive on a frequent and spontaneous basis, this has become an attractive option for many.

What is the ‘Phoenix Tza’ir’ plan?

The Phoenix Tza’ir policy is purchased as an initial package limited to 500 km. Although its activation is dependent on it, the policy is separate to the parent’s policy. As such, it has its own policy number and is listed under the young driver’s name.

Should the young driver use up their full quota of km, there is the ability to purchase packages of extra km during the course of the insurance year.

What happens in the event of an accident?

What if I have more than one young driver?

In this scenario, it may be worthwhile weighing up the cost of an unlimited all driver policy covering any driver over the age of your youngest child and above. Since the Phoenix Tza’ir policy is per individual, it may not be the most cost efficient option if there are several young drivers in the family in need of insurance.

With the young driver’s eagerness to get behind the wheel, it is important to check all the options ahead of time. Researching the best options in advance can lead to significant savings and will put both the parent and the young driver at ease when they are handed the keys to the car.

For more information on car insurance, contact us today!